Deolindo, 3, was brought from Timor-Leste to Christchurch by the Rotary Club for surgery.

It took a day-long flight from Timor-Leste to Christchurch for mother Marciana to leave her family behind and venture abroad in search of life-saving treatment for her son.

But it took a whole community to pull it off.

Marciana and her son, Deolindo, 3, were brought from Timor-Leste for surgery to remove an abdominal mass from Deolindo’s stomach. Murray Pearce has formed a bond with them.

Doctors abandoned an attempt to operate on Deolindo’s abdominal mass in Timor-Leste, where both his parents serve in the army.

The tumour had become intertwined with his internal organs and was too difficult and dangerous to attempt to remove under their conditions.

He was flown to Christchurch with the help of ROMAC, the Rotary Oceania Medical Aid for Children, where he met Rotary representatives Murray and Diane Pearce.

Standing in the arrivals lounge at the airport, Diane Pearce worried the throngs of people would overwhelm them.

That was where the Herculean community effort began.

Marciana was seated next to a GP, who asked for Murray Pearce’s contact details to phone ahead and say she would accompany them through the airport.

“Then, the interpreters identified them straight away and went and got as close to them as they could get. It was one of the most beautiful moments,” Diane Pearce said.

“The morning of the surgery I walked past his room and the interpreters and Marciana were all in there praying. It was a moment I’ll never forget,” Murray Pearce said.

His days after the surgery were spent cuddling White Bear, a welcome present from the couple.

Deolindo was discharged from the high dependency unit at Christchurch Hospital after a week with a clean bill of health, and returned to Ronald McDonald House’s South Island facility, where he is currently awaiting a return flight home.

A large scar stretching across his stomach is now the only sign he was ever sick.

Zooming across the playground in his favourite foot-powered toy car, the only thing that can distract him is the arrival of someone obviously now very special to him.

Deolindo greets Diane Pearce with a resounding scream. The car is left forgotten, as he jumps out and runs over for a wordless greeting. Yesterday, he had almost knocked her over jumping up to give her a hug.

The Pearces come to visit two or three times a day, whether it be to bring them food akin to their Timorese diet, or just to “spend time with them”.

They communicate with Marciana with gestures and a few English words. When she missed her one-year-old’s birthday, a video chat was set up for them. Deolindo commonly communicates with a thumbs-up.

They have tried not to get attached, but they do now consider Deolindo their “ninth grandchild”.

Next week, the couple will be standing in the departures lounge the airport, armed with a box of tissues.

“We do have to realise he’s not ours,” Murray Pearce said.

“It will be difficult and it will be sad, but how can you be sad for them?”

Besides, they have already researched East Timor as a holiday destination. 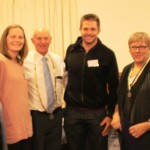 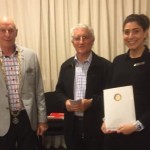